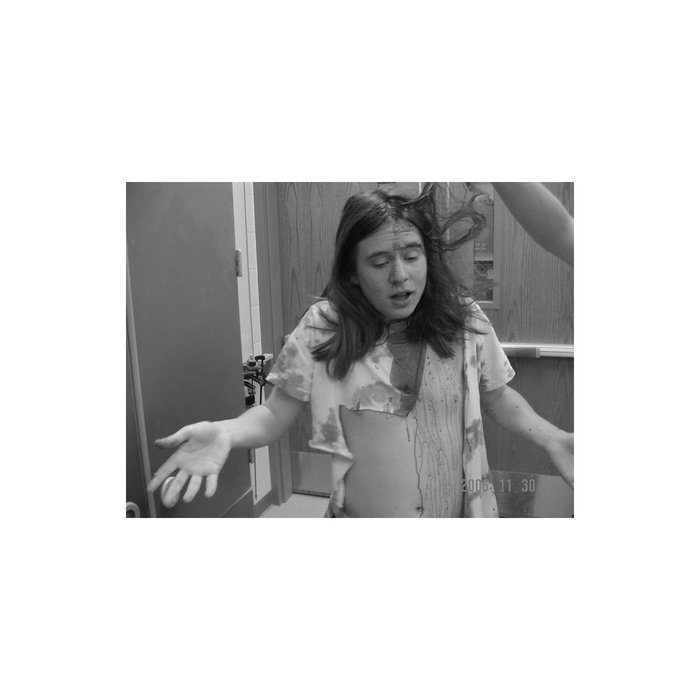 In March 2022, while getting ready to move out of state, I found a stack of old discs. I flipped through the contents. A well-worn mix CD of Tool, Sex Pistols, and live Primus bootlegs. My beloved copy of SimPark with its beautiful artwork featuring a buck, a cougar, and a soaring bald eagle. A blue CD-R with nothing written on it.

I took a look at the back of the blue disc. I had already checked numerous blank CD-Rs, but this one had the classic visible signs: it was loaded with content. I held my breath and popped open my disc drive. Moments later, the title appeared on my screen.

I clicked on "Stuff#9BDE" and the glow of ancient digital photographs burned into my eyes. The pristine, fossilized AIFF files washed over my ears. Like a dose of dimethyltryptamine, I was thrust through a portal into the past, where machine elves lifted the veil, revealing to me the true nature of myself.

Middle school. The computer lab. A digital VU in the red.

I present this strange time capsule to you, these GarageBand tracks from my melted 14-year-old mind.

I remember very little about creating these. "Common Sense" and "Safety" were soundtracks to videos that I made as class projects. The safety video was for a shop class, complete with fake blood and a finger cut off in a table saw. That's where the photograph for the cover art comes from.

There may have been lyrics, or the intention of writing lyrics, for "811," "No!" and "Happy Cats." I suspect I wanted to use these tracks for the satirical metal project I was working on.

Never forget to back up your media to CD-R. The past is a hallucination.

Thanks to my subscribers on Bandcamp: Jacob, Beat and Frida.

Composed and mixed in GarageBand at school and at home in Bismarck, 8 September 2006 to 12 January 2007.

The photograph was shot in Bismarck on 30 November 2006.